eSports has come a long way since the days of Super Mario, Pac-Man, and Duck Hunt when competing meant chasing high scores in local competitions and winning pen drives as prizes.

Easy access to high-speed internet has changed the entire gaming scene. Over the past decade, competitive video gaming, better known as eSports, has become a global phenomenon with a massive fan base and huge prize money. As per a report from Newzoo, the total global revenue of eSports is estimated to reach ₹10,000 crore by 2021 with an entire audience of more than 300 million viewers.

With eSports attracting millions of spectators worldwide, it is far more professional now and is a career path and a lifestyle for many people. 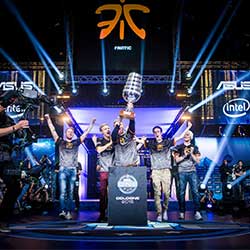 Can eSports gaming be a career?

Early on, clans of players used to form teams online and play for entertainment. Exploding in popularity, around 4,000 eSports competitions are held every year with over ₹700 crore in prize pools.

Today, if you are adept at Counter-Strike: Global Offensive (CS: GO), PUBG, DOTA 2, or any other sought-after competitive video game, you can probably sign a deal to play with one of the professional eSports teams and make a substantial amount to compete in professional tournaments.

Playing in these teams is an excellent opportunity for young players, as they get to travel the world, compete against other players for big prize money and are regarded as sports stars by thousands of eSports enthusiasts.

How much can you make?

The Indian eSports industry is still germinating and is much behind its global counterparts, in terms of remuneration. In India, a professional eSports player can make up to ₹22,000 per month, with additional bonuses. The minimum industry salary is ₹10,000 to ₹12,000 per month.

Most organisations provide a gaming house, an in-house cook, high-end computers, that eliminates all the worries for food, accommodation and other things such as sponsored event night outs.

The salaries have risen almost three times than what they were in the early years of Indian eSports. With the entry of big players such as USports, SoStronk and Nazara Games, monthly income is expected to reach ₹40,000.

Twitch, the number one site for streamed gaming content, lets you monetise your live streams. Small and mid-level creators can earn an average of ₹150 per thousand views from ad placement. Its strongest monetisation tool is the monthly subscription feature which allows content creators to charge a subscription fee. Another way to earn on Twitch is through game sales. Creators can link their viewers to the Twitch store to purchase games that creators are playing or mentioning during their stream.

Esports Camps provide young children with a complete overview of the eSports ecosystem. The training is given by professional gamers who teach them how to get into competitive gaming, improve their skill level, and identify their gaming strengths.

There are many summer eSports camps for a range of games like DOTA 2, Overwatch, Starcraft, Rocket League, FIFA, among others.

How To Get Into Esports

Try out different titles and find out the genre of games you enjoy the most. An RTS is mainly for the ones with a strategic mindset and skills for micro-managing multiple units on the screen. An FPS fits the bill for those with good game awareness and aim. After you have played a multitude of games, pursue a game that comes naturally to you.

Most popular types of games

After you have chosen your game, it is crucial to determine if you prefer a controller over the mouse and keyboard. Super Smash Brothers, Counter-Strike, and a few other games can only be played on a single gaming platform. The primary gaming platforms include the PlayStation, Xbox, Wii U, or a gaming PC. 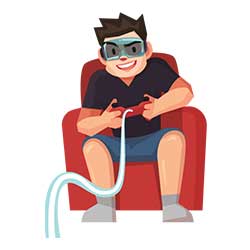 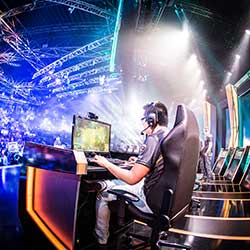 Research techniques and communicate with other players.

YouTube and Twitch are the biggest platforms for live streaming for gamers. Watch video tutorials and live streams online to gain an understanding of the gaming techniques. Articles on different tactics or strategies can help you improve your skills. Build your community of friends that play the same game using in-game chats, specialised forums, or social networks.

Sweden has banned television advertisements directed at children under the age of 12 to protect them from advertisers. Thus, no commercials can be broadcasted before, after, or within any kids’ television show that airs for 30 or fewer minutes.

The local area network (LAN) tournaments provide a tangible experience. Once you consistently win online, LAN tournaments are the next step in becoming a professional gamer. Begin with smaller local matches and test your skills in as many regional competitions as possible. 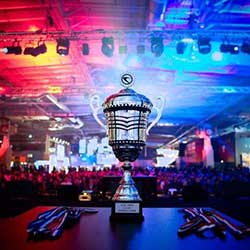 When you have fared well in online and local competitions, start entering bigger tournaments. Pick a gaming league and register for an upcoming season.

Your status as a pro gamer is solidified when you win at the pro circuit level. Winning at live events brings you money as well as respect.

Some of the popular leagues

Try to get sponsorship

Sponsorships are the most significant contributor to the Esports industry. Various tech players like Intel and gaming peripherals companies like SteelSeries are investing heavily in gaming. They provide the necessary equipment to compete and pay you.

Advertising is the second largest contributor which includes links to products in video descriptions and live-stream feeds. Many companies, notably Red Bull, gift their free merchandise to wear or use when eSports players are in the public eye. You can contact different brands and discuss sponsorship opportunities to get started.

Update your Twitter and social media profiles regularly so people know when you are streaming your gameplay. Socialize with fans and other players at live tournaments and LANs.

Reach out to popular eSports players of the game you are trying to specialize in via social media and in-game chat rooms. Indulge in photo shoots and interviews.

Although eSports is undoubtedly a viable career, one needs to understand that it is not that facile to make big money in it as you are not competing locally but globally. Just like in any other professional sport, eSports too demands diligence, iron will and hours of practice to achieve success.