Failure Story Of A Revolutionary System 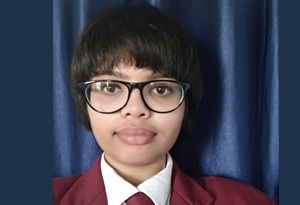 Modern system of education, as we all are very well aware of, is a system of educating with the help of new, modernized, innovative way of learning. A system which uses various tools for education, classrooms with smart class, videos to help imagination, tutors from every nook and corner of the world and 24-7 query solving services. Calling it revolutionary won’t be wrong, as it promoted us from studying survival in a forest to studying sciences in a developed environment for an even more revolutionary future from the sci-fi books of Issac Asimov and Jules Verne. Basically, a developed system for a forward moving world.

Just a quick question, this forward movement it upward or hellward? Modern education system have made education easier, concepts understandable and theories approachable. It has provided us with great powers and, as said by uncle Ben, “With great power comes great responsibility” and, as added by me, “great eccentricity”. Unlimited power in the hands of someone is what happening now. I am not saying imparting of education to everyone is wrong. Education is a birth right. What I am saying is, it has become so easier today that the value of knowledge is being seriously degraded. Knowledge is only if it can be commercialized ,or else, utterly useless. This notion of today is what I want to point out to be eccentricity and, sadly, no responsibility, and what modern system of education had failed to teach at every level – responsibility of knowledgeable person.

Knowledge today is available to everyone and any ‘sane’ human being wants knowledge. Another easy question, why? Here’s the great answer, money. Modern education is wanted and sought after for a better future of, *drumroll*, individuals and their families (at times). This era is of commercialization and the modern system of education is not so much different from the traditional system. Just shifting the place of education from a forest to a four - walled classroom with lots of scientific aids at your disposal and changing the syllabus doesn’t change that Eklavyas don’t belong here. Earlier it was social norm now financial. Commercialising education means you have to pay, education with modern technology means you need to pay higher. We modernized but we are still the same, rusted iron under shiny paint. Another failure of modern system of education – if you pay then only you get.

Few exceptions in this would whose focus was and is to use the knowledge to do something more than just earn, to do something for the mankind, to leave behind a legacy, a mark. The good thing about of modern system of education is that it is technically sound and scientifically developed and, as shown by Google, induces listening, writing, visualizing, imagining and thinking skills. But it has to be lacking something very important because if not so then why is the development not going upward on a social outlook. We sure have innovations and inventions, discoveries, experts and scholars. But why the arguments still there? Scientifically developing we are leaving behind what was the foundation of it all - Values, behaviors and principles. In this modern system of education, regards for a teacher has gone down by several notch. Why? Because modern technology provides information. Students think of themselves superior. Why? Because as long as there is net, they have power, power of access to knowledge, and power my dear drove Voldemort crazy, drove Napoleon crazy, drove many learned and sane people crazy then all these students with electronics and internet connections thinking themselves to be so great are easy to drive (as they are already partially so). Like the saying that a forest can’t have two lions, a kingdom can’t have two king, then my friend how is this world suppose to have any good out of so many internet aided self proclaimed experts.

Enough with modern. Let’s take a break. To revive the value of knowledge, modern system of education needs traditionlising. And I strongly believe it will be a welcome change.